Member of the Board of Management of Daimler AG & CEO and Chairman of Daimler Greater China Ltd.

Hubertus Troska has been a member of Daimler AG’s Board of Management since December 13, 2012. Mr. Troska is CEO and Chairman of Daimler Greater China Ltd., making him responsible for all of Daimler’s strategic and operating activities in China. Mr. Troska joined Daimler over 30 years ago. Throughout this time, he has served Daimler AG in various national and international management positions. Prior to his being appointed to China, he was Head of Mercedes-Benz Truck, President of Mercedes-AMG GmbH, and before that Head of Product Marketing Passenger Car Sales. He had also worked for Daimler in management positions in Turkey, the USA and Mexico. 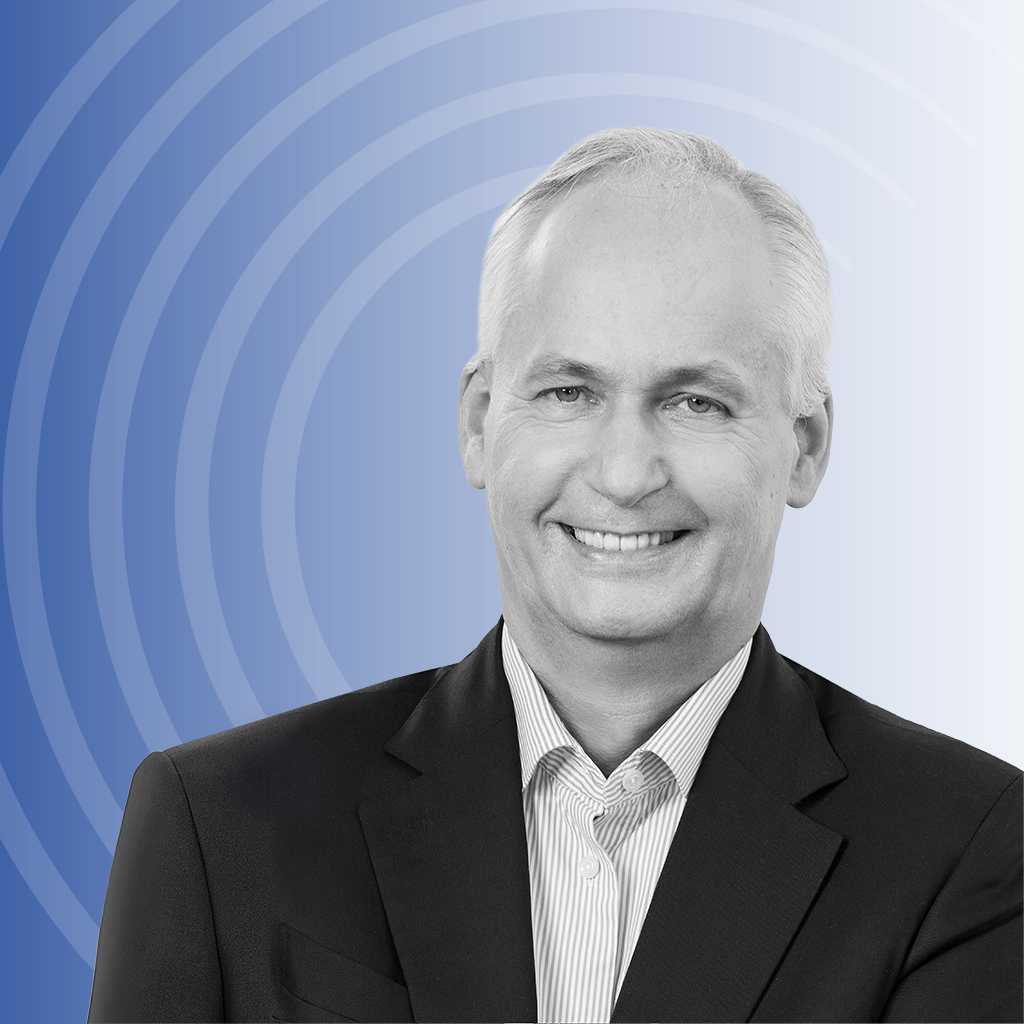 With 18 years of experience in OEM, automotive battery R&D and management, Mr. Yang was previously in charge of the development for battery, e-motor, and electric control system for NEV. Led by Mr. Yang with the focus on innovations in materials, process, mechanical structures, and equipment, SVOLT endeavors to become a pioneer in cobalt-free NMX batteries, high-speed stacking processes, and automotive-grade AI Smart Manufacturing. 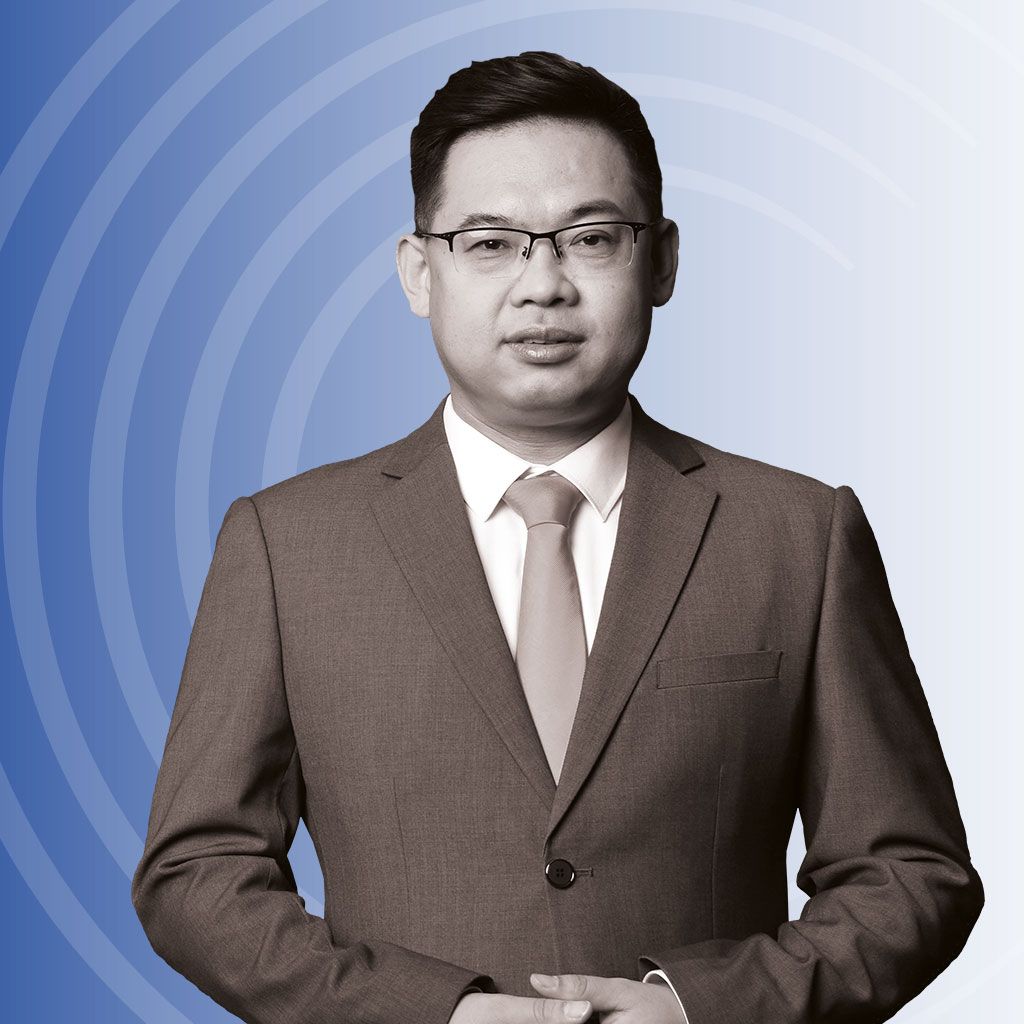 Wöllenstein joined Volkswagen in 1995 and has gained rich experience across branding, sales, marketing and product management at a strategic level.

From 2012 to 2016, Wöllenstein served as Executive Vice President at FAW-Volkswagen and Managing Director of the Volkswagen brand at FAW-Volkswagen.
From 2007 to 2012, he held multiple positions in business development and product management at Volkswagen AG in Germany.

Wöllenstein graduated in economics and business administration from the Universities of Wuppertal and Münster in 1988. From 1989 to 1994, he worked as an assistant professor at the Westfälische Wilhelms University in Münster. In obtaining his PhD, he undertook marketing projects in the automotive, retail and travel industries.

Wöllenstein is married and has two daughters. 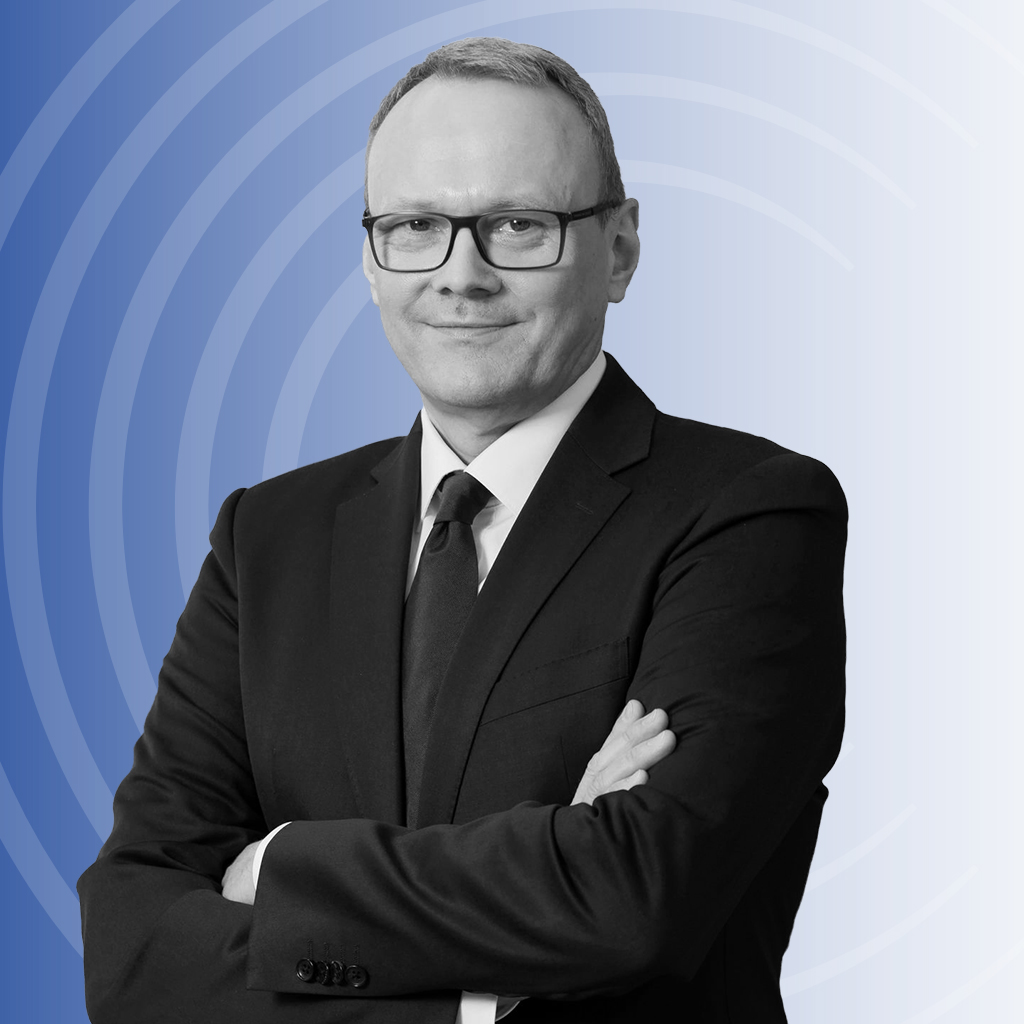 Mr. Tong Xiangbei has been appointed the Global Chief Executive Officer of smart Automobile Co., Ltd. and will oversee all operations relating to the brand including sales, marketing, R&D, production and after sales. Mr. Tong has 24 years of experience in automotive industry. Before joining the smart joint brand, Mr. Tong Xiangbei has worked for global automotive OEMs both in the United States and in China. 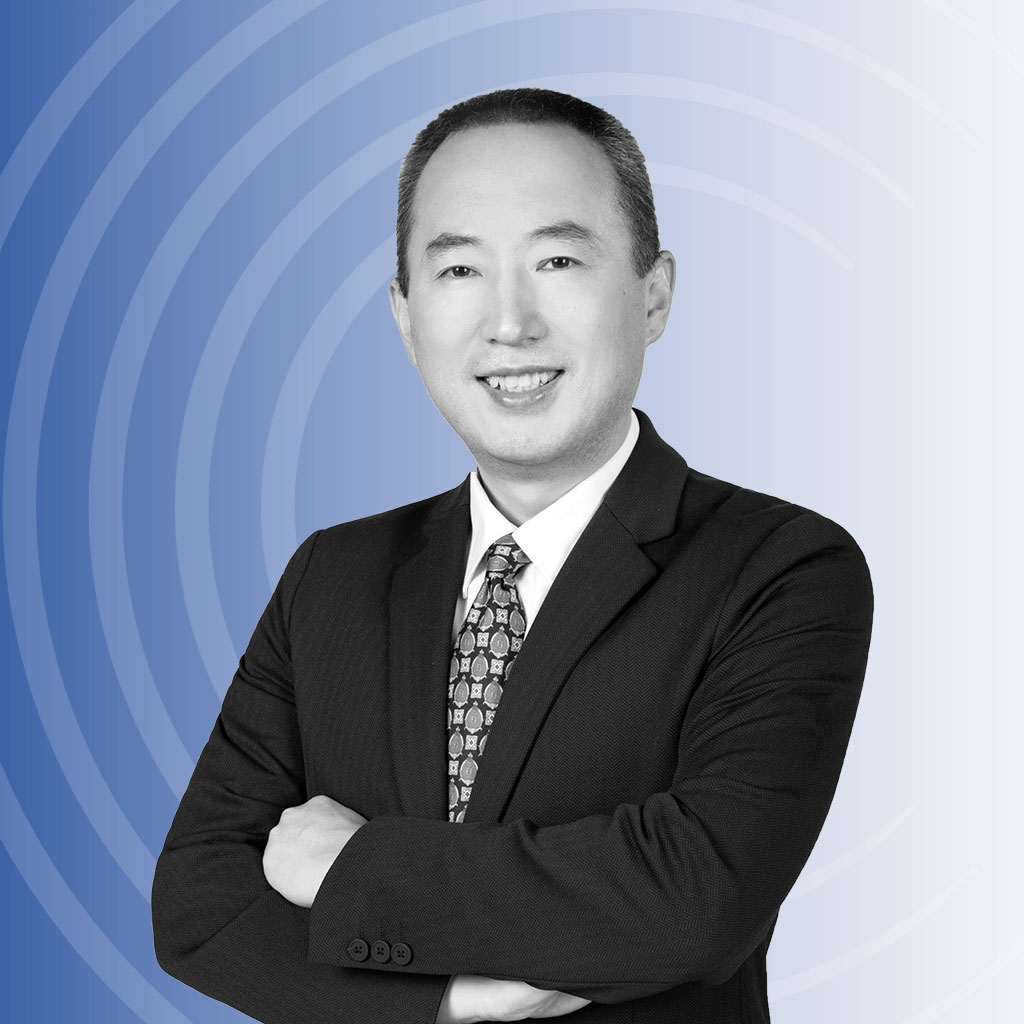 Member of the Board of Management of ZF Friedrichshafen AG

Dr. Holger Klein has been a member of ZF Friedrichshafen AG’s Board of Management since 2018. Based in Shanghai, Dr. Klein leads the Asia-Pacific and India regions. He also assumes several global leadership roles including corporate production, Chassis Technology and Aftermarkets divisions.

Dr. Klein joined ZF from McKinsey in 2014, when he was appointed Head of Integration Management upon acquisition of TRW. Dr. Klein has brought to ZF more than 15 years’ experience from leading consulting company’s automotive practice, and global engagement in Europe and North America. Dr. Klein is an engineer by training; he is a Ph.D. in Technology Management. 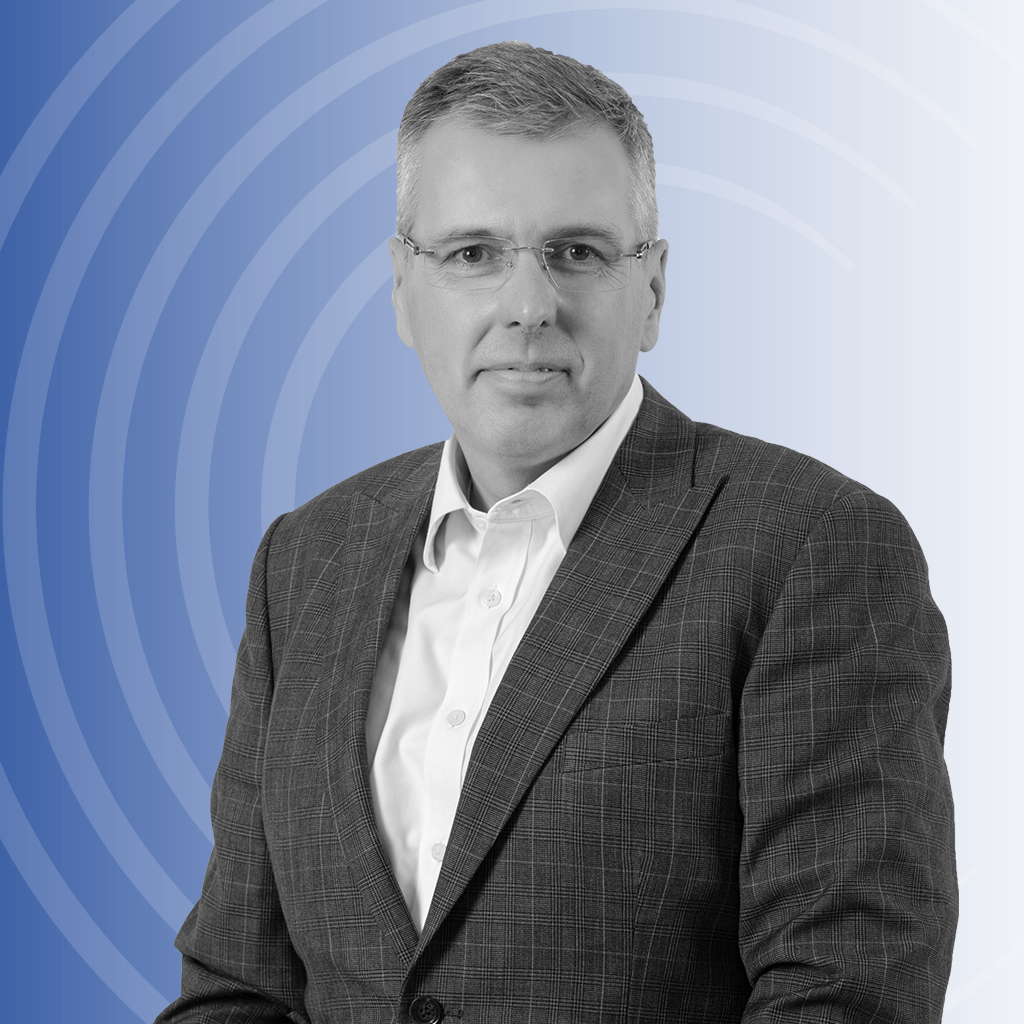 Mr. John Wang is Managing Director of Accenture Greater China, Industry X – Mobility Business Lead, and CEO of FutureMove. With over 21 years of experience in the automotive industry, John is well recognized as an expert and opinion leader, as well as a pioneer in V2X (Vehicle to Everything). He founded FutureMove in 2015 and grew it into a market leader in digital and mobility service to serve more than 30 mainstream OEMs, including many well-known multinational luxury brands, on their 184 vehicle models development over the past few years. Prior to that, he had been the Automotive Business Lead in Microsoft. In December 2019, FutureMove officially joined Accenture, symbolizing another milestone in John’s career. 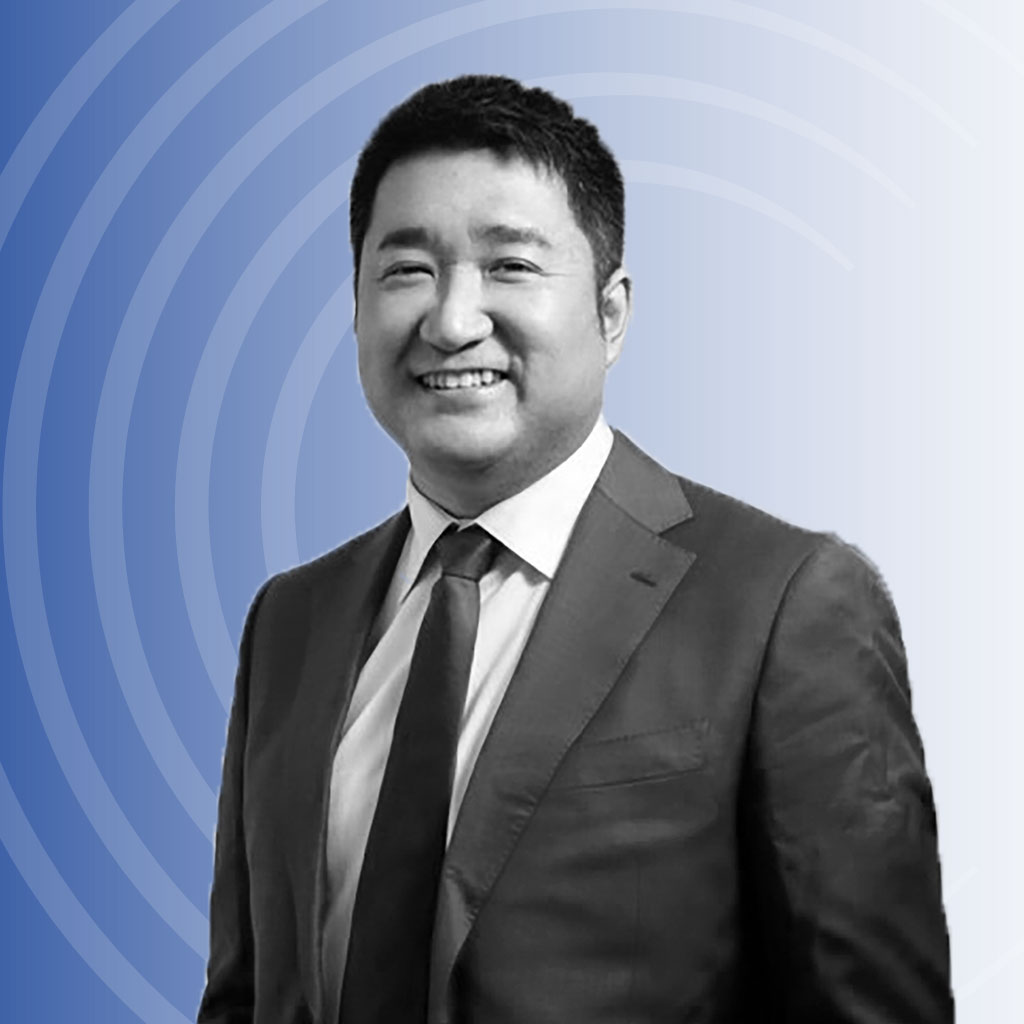 Over the past 15 years, Steven has worked with multiple global and regional automotive and industrial equipment clients across Asia Pacific on transformational engagements addressing core strategic and operational business challenges, including business strategy, IT strategy, digital transformation, business process design and ERP implementation.

Steven graduated from Fudan University and also holds an EMBA from China Europe International Business School (CEIBS). He is based in Shanghai. China. 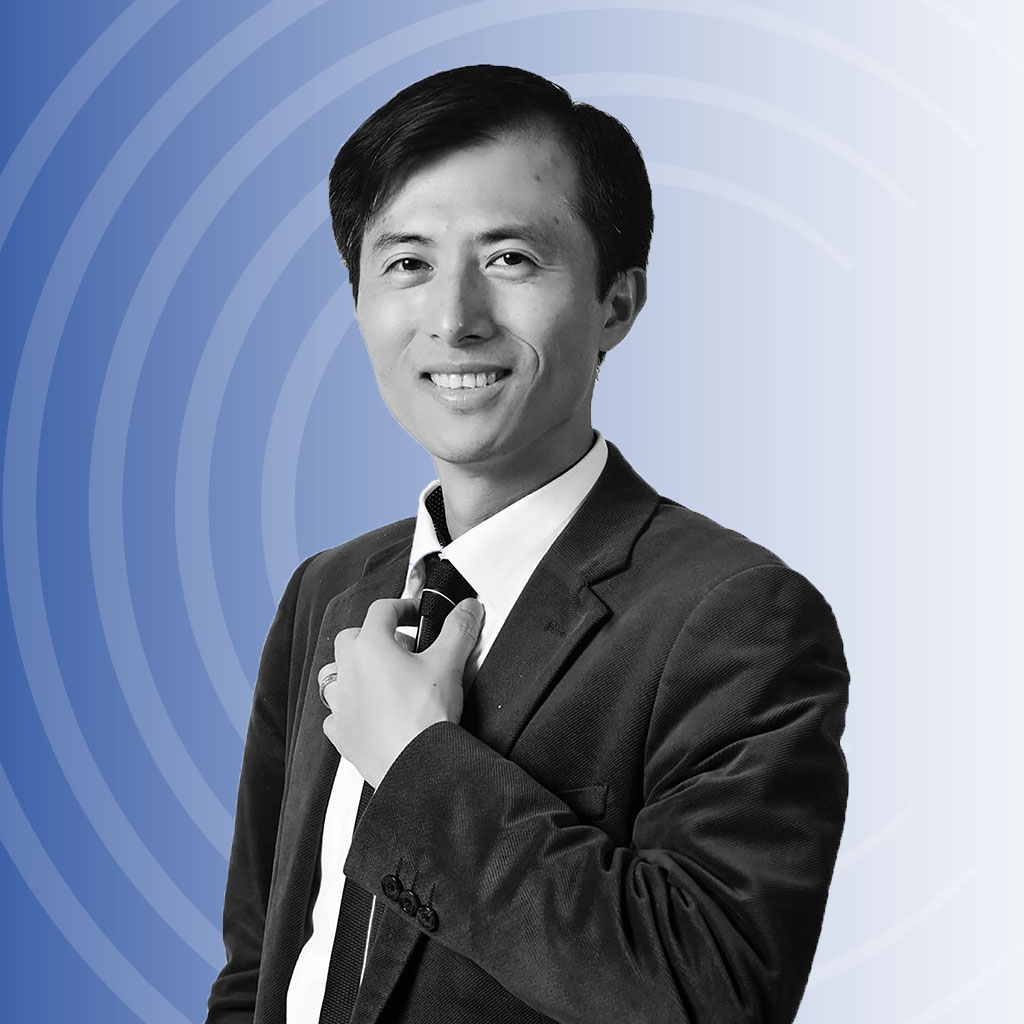 Beatrix Frisch is Managing Director of Accenture Interactive in Greater China, leading the business in automotive sector. Beatrix comes from Germany. Before being a consultant, she was employed by different international OEMs, at European headquarters and in the local organizations all over China, accumulating more than 15-year experience in the automotive industry. Beatrix’s deep insight into the Chinese market and automotive business allows her to develop various feasible digitization solutions catering to clients’ demands. Working under Accenture Interactive and Accenture-acquired global leading Computer Generated Imagery company, Mackevision, Beatrix is discerning and specialized in digital marketing and communications. Long before China received global awareness, she captured the great potential embedded in the market and selected a degree in China Studies, laying solid foundation for her to serve the clients in Greater China. 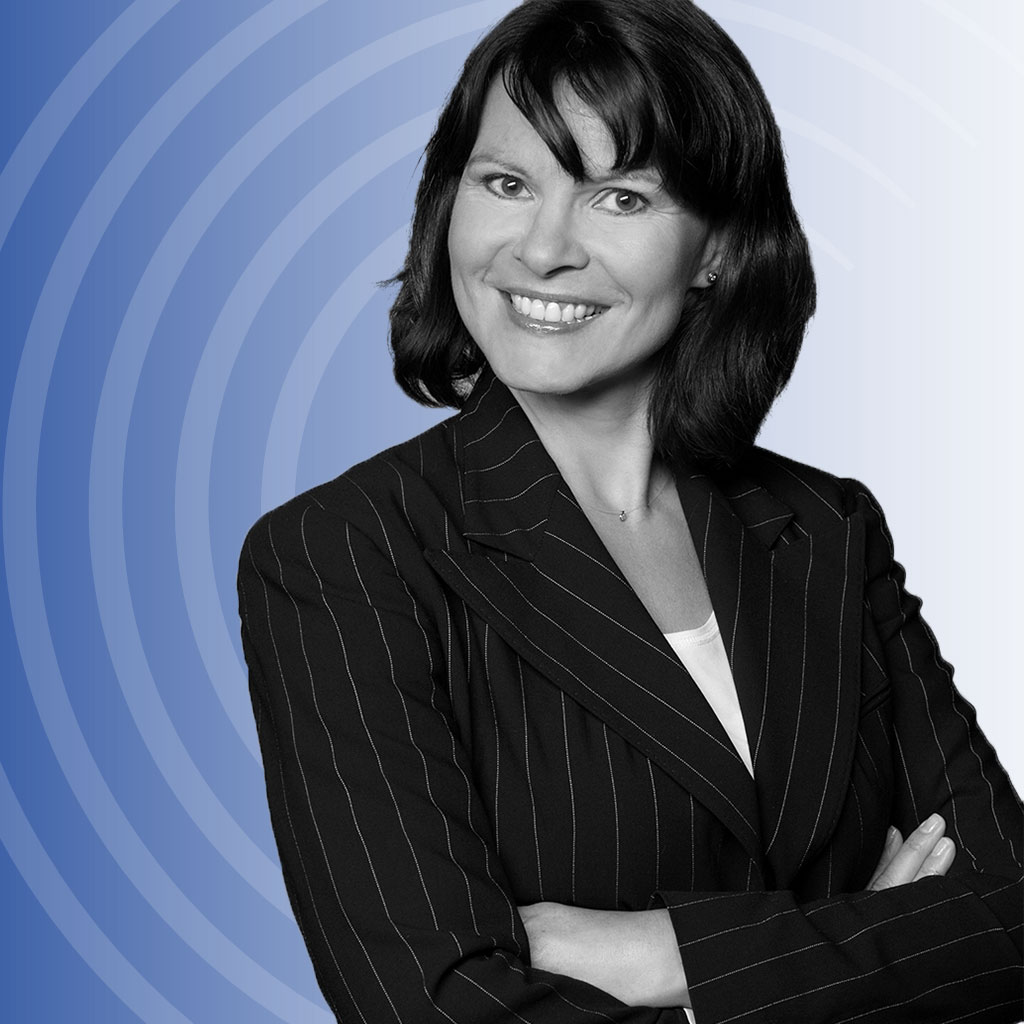 As a Global Market Manager Mobility, Alexander Schieke is the bridge between the mobility market – mainly automotive, but also aviation, railway and other transport areas – and Stahl’s departments and business units. His responsibility reaches from direction setting for the strategy to connecting partners along the supply. After some years of consulting at the start of his career, he worked for Benecke Kaliko (today Continental Surface Group) until 2010. In his role as a Business Controller he was involved in the first globalization steps into China before he became Program Manager for Daimler. When Alexander joined Stahl in 2010, he first started as Sales Manager for Performance Coatings, followed in 2013 by a new position as Global Business Manager for Leather Upholstery. After that, he conducted several Global Marketing functions before moving to his current position in 2019.

His academic background is in business administration, management and psychology. 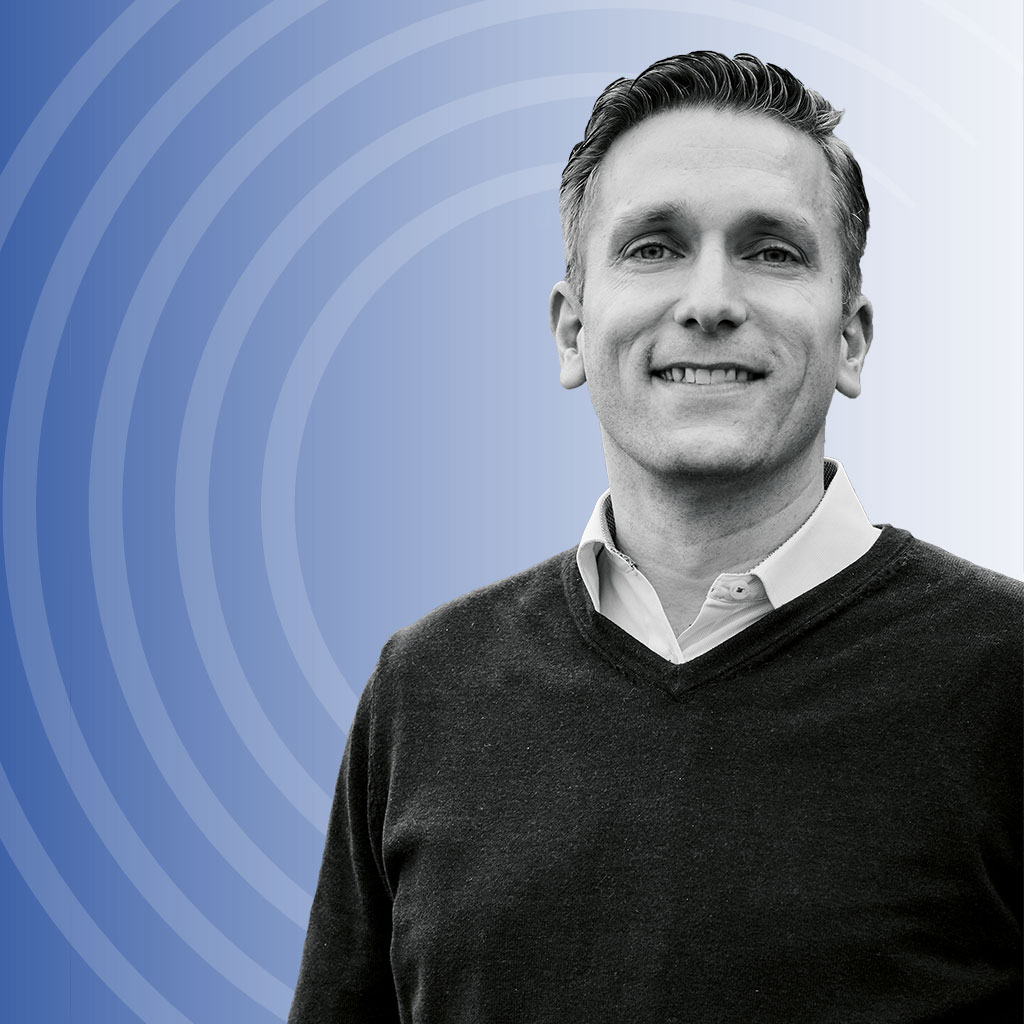 Klaus Steinmann, studied business & admin. with focus on automotive and worked in Sales & Marketing after his MBA, started his consulting career at Mercuri Urval in the Hamburg office in 1998. The business graduate focused on the automotive and aviation industries as well as on mechanical and plant engineering. After almost 5 years (from 2006 to 2010) of extensive experience as a manager and partner in executive search at the competition, Klaus Steinmann returned to Mercuri Urval at the end of 2010 and became a member of the Board & Executive Team. Since 2013, he is Head of the Global Automotive Sector Team, which today comprises 45 consultants in 18 countries. The team works for about 10 automotive manufacturers and around 30 suppliers worldwide. Since 2017, Klaus Steinmann is leading the Düsseldorf office together with five other colleagues. In 2018 Klaus Steinmann was appointed partner by the Mercuri Urval Foundation. 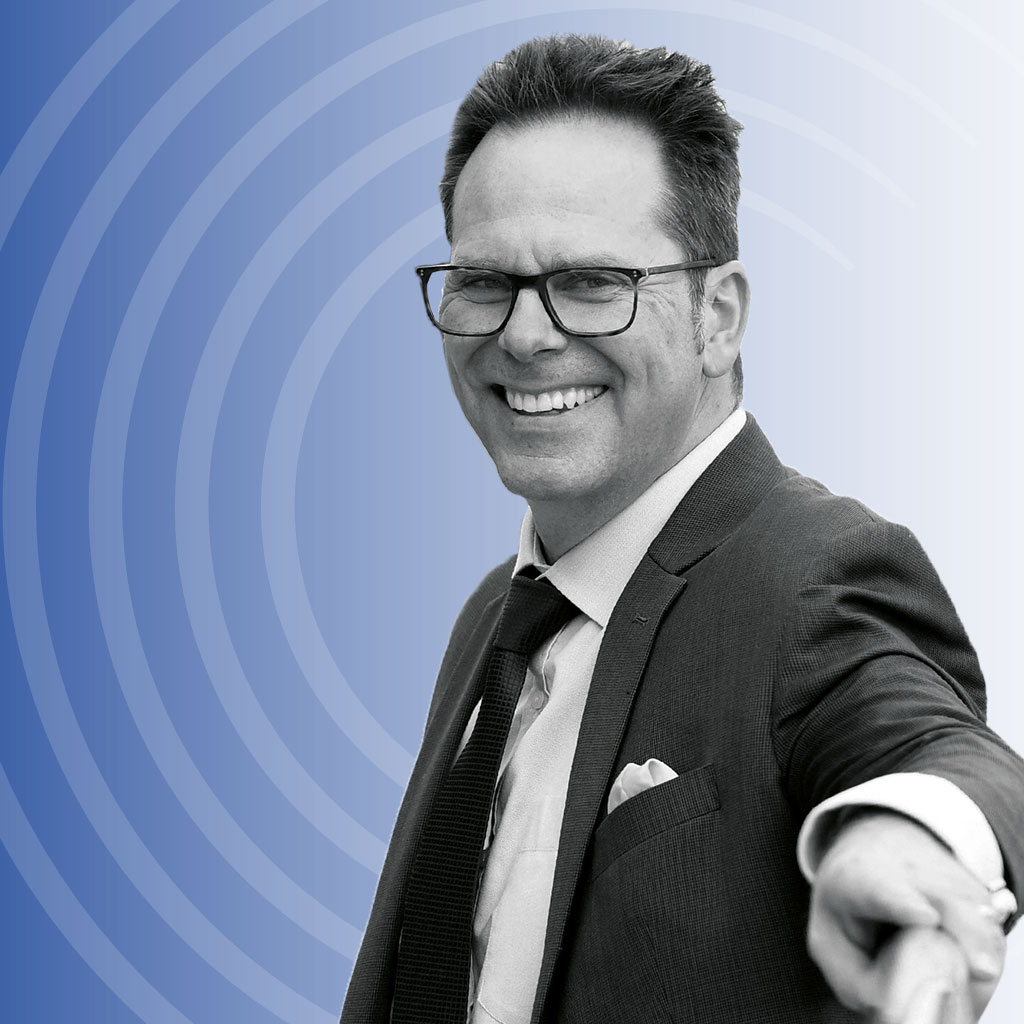 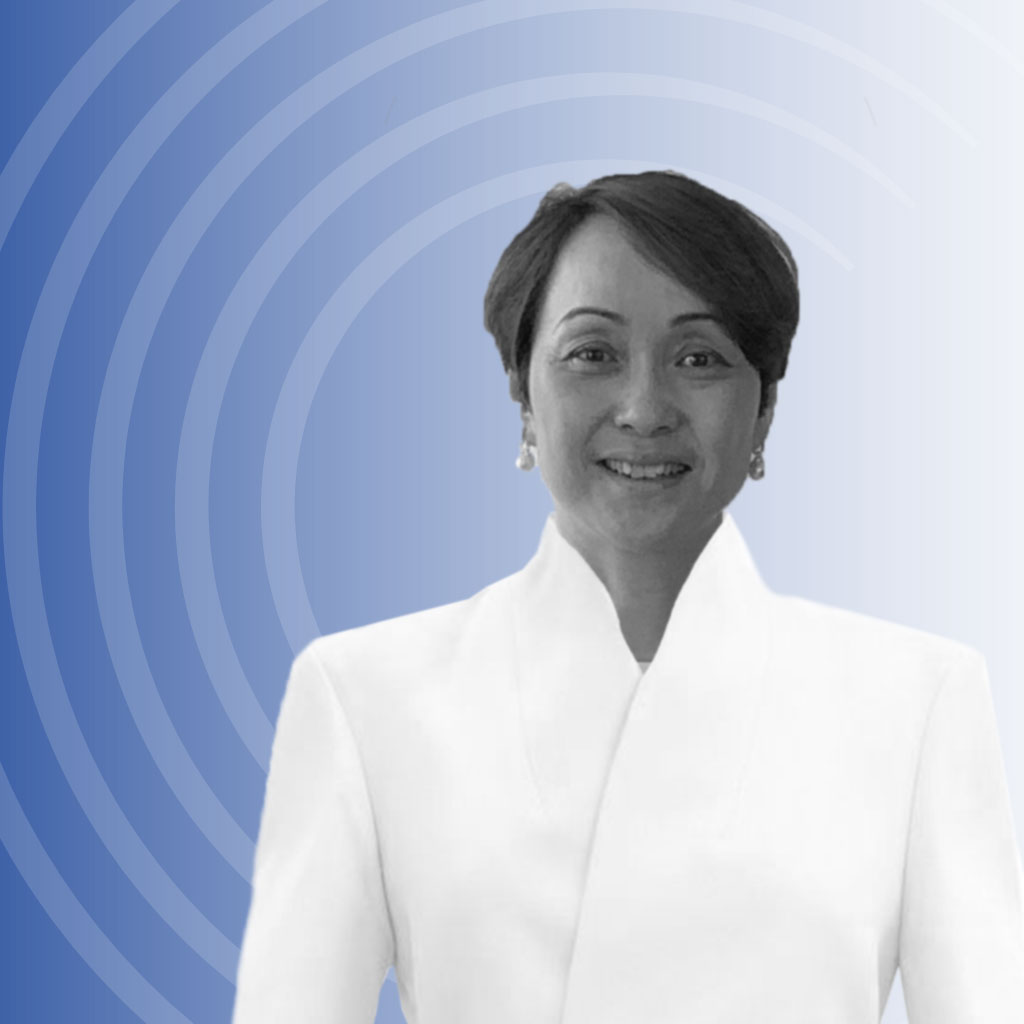